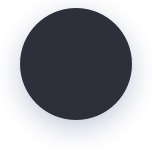 Opinion: Broda Shaggi Should Be Considered As One Of The Best Comedians In Africa

Famous Nigerian film maker and comedian, Samuel Animashaun Perry popularly known as Broda Shaggi, should be considered as one of best comedians in Africa because of the commendable jobs he has done in the entertainment industry. Despite that he is at the age of 28, he has achieved what his mates would ever requested for. According to the source, Shaggy's net worth is currently estimated at N70 million.

Aside from entertaining people with his marvelous talents, he is a type who obviously cares and have respect for his fans and others. He gives maximum respect for those whose rank and statuses are above his in the entertainment industry.

Broda Shaggi doesn't make his comedy skits boring to his lovers; how he over comes that is by featuring different popular celebrities on his funny videos. Among the popular celebs who have acted alongside him are Don Jazzy, Falz, Moyo Lawal, Nengi and some other comedians. Shaggy's comedy is not restricted within the country alone; this implies that his comedy-skits encompass some African countries like Zambia, Ghana, Kenya and more. He has gained a huge number of supporters from these countries and they showed him love recently in Kenya during #Shaggikenyatour. With all these points I suggest that "BrodaShaggi" should be crowned among the best Comedians in the nation.

Content created and supplied by Allmediagist.Opera News is a free to use platform and the views and opinions expressed herein are solely those of the author and do not represent, reflect or express the views of Opera News. Any/all written content and images displayed are provided by the blogger/author, appear herein as submitted by the blogger/author and are unedited by Opera News. Opera News does not consent to nor does it condone the posting of any content that violates the rights (including the copyrights) of any third party, nor content that may malign, inter alia, any religion, ethnic group, organization, gender, company, or individual. Opera News furthermore does not condone the use of our platform for the purposes encouraging/endorsing hate speech, violation of human rights and/or utterances of a defamatory nature. If the content contained herein violates any of your rights, including those of copyright, and/or violates any the above mentioned factors, you are requested to immediately notify us using via the following email address operanews-external@opera.com and/or report the article using the available reporting functionality built into our Platform. Read more>>

Read without Ads.Save up to 80% data.

Go to App
Not Now