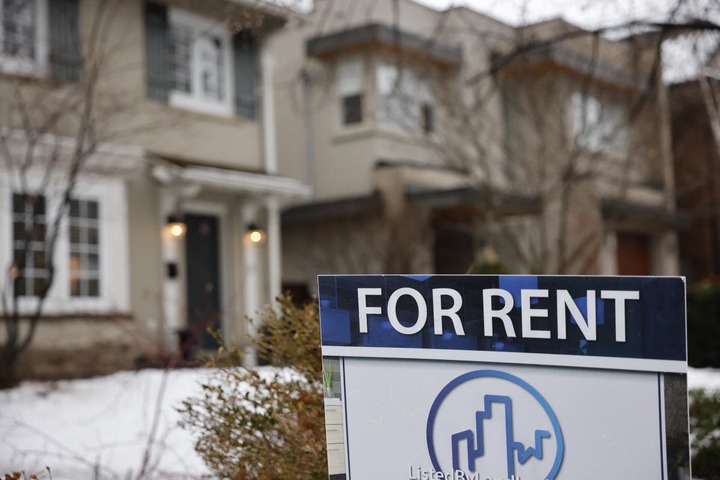 In the face of sky-high rents, President Joe Biden is rolling out a new set of principles the White House is calling a "Renters Bill of Rights" in an effort to improve rent affordability and protections for tenants.

The president is directing the Federal Housing Finance Agency (FHFA) to examine limits on rent increases for future investments and actions promoting renter protections. The Federal Trade Commission (FTC) and the Consumer Financial Protection Bureau (CFPB) have been tapped to root out practices that unfairly prevent applicants and tenants from accessing or staying in housing.

This rollout comes as progressive Democrats have asked Biden to direct different agencies, including the FTC, to limit rent increases. While rent control is common in some cities, there has never been federal residential rent control.

"In the absence of robust investments in fair and affordable housing, it is clear that additional timely executive action is needed to address the urgent issue of historically high rental costs and housing instability," the lawmakers wrote. "…We urge your Administration to pursue all possible strategies to end corporate price gouging in the real estate sector."

Specifically, lawmakers had called on the president to direct the FTC to issue new regulations defining excessive rent increases and enforce actions against rent gouging, suggestions that are aggressive than what the administration has so far put forth. The letter also asked to have FHFA put in place rent protection for tenants living in properties financed with government-backed mortgage properties, which is more closely aligned with what the president outlined on Wednesday.

In Wednesday's announcement, the administration also sought to rally state and local governments — as well as the private sector — to protect renters.

The Wisconsin Housing and Economic Development Authority and Pennsylvania Housing Finance Agency, for instance, have agreed to cap annual rental increases to 5% per year for federal- or state-subsidized affordable housing.

In the private sector, the National Association of Realtors has also agreed to put new resources towards property managers in their network to promote practices like advertising to prospective tenants that Housing Choice Vouchers are accepted at their property, providing information about rental assistance, and using alternative credit scores for applicants without a detailed credit history.

"We believe that the administration can go significantly further to help tenants struggling to pay rent as soon as next week," Bowman said. "We need actions that will urgently address skyrocketing housing costs, keep people housed, and rein in corporate profiteering...I look forward to continuing to work with the Biden Administration on this issue."

Bowman said he plans to work with colleagues in Congress to work on legislation to address high rents.

The limits of FTC power

In advance of receiving the letter, the White House held several conversations with staff from Rep. Bowman and Sen. Warren’s offices about ensuring rental markets are fair and affordable for renters. Lawmakers argued the FTC already has the power to limit rent increases, given Congress has granted the agency power to police unfair and deceptive acts and practices. The argument is that rent hikes which are not proportional to higher costs for the landlord are unfair or deceptive.

But analysts are skeptical the FTC could impose rent controls and that courts would uphold these policies if put in place.

"The Supreme Court is more conservative. It is less inclined to let agencies assert authorities that Congress did not explicitly give them. Congress never empowered the FTC to limit how much residential rents may increase," Cowen analyst Jaret Seiberg said in a recent note. "It is why we would expect the courts to reject this type of regime."

Seiberg also questioned how a federal regime would actually work, given costs vary from city to city and buildings may get remodeled or upgraded. "The FTC is a relatively small agency," Seiberg added. "We don't see how it could account for all this in a way that could survive court challenges."

Rent prices rose 7.45% year over year in November, according to the latest available data from the Rent Report, the slowest annual rise over the last 15 months. Still, this increase is more than triple the 2.2% annual rent increase seen during the same month two years ago.