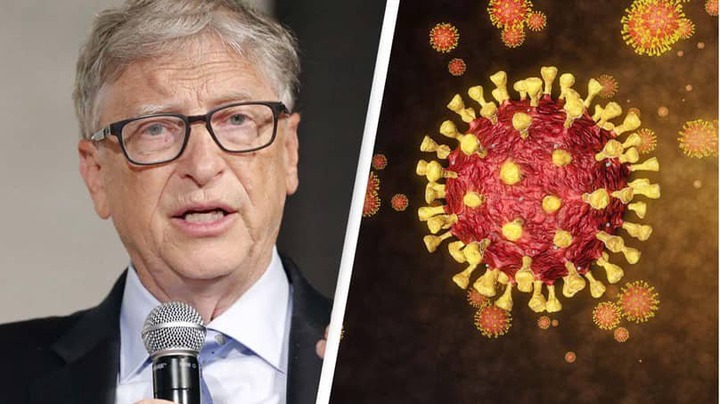 Billionaire Bill Gates has warned leaders that the next pandemic will be man-made and potentially far more deadly.

The 67 year old explained that more viruses were likely to emerge as the climate crisis worsens and the possibility of new biological warfare tech being developed.

Speaking at the Lowy think-tank in Sydney, the Microsoft founder also said that world leaders will need to set aside their differences and work together during future health crises.

He also added that he was concerned about whether global governments had learnt from the COVID-19 pandemic and that a 'stable international order' would be needed to deal with any possible pandemics.

"The only thing that is still hanging in the balance is whether we have the global capacity and at the regional and national level, which would mean that if there is a threat (from infectious diseases), we act in a way that does not make it global.” he said.

The tech billionaire said that preparation would benefit countries financially as it would reduce the length of any future pandemic and the number of resources needed to respond.

“Compare the economic cost of preparing for the next to the cost of this, over $10 trillion in economic loss,” he stated during the hour-long appearance at the institute.

“We need to have a comprehensive pandemic preparedness exercise every five years at both the national and regional levels, and you need a global group to assess every one,”

“That’s definitely a best practice in the future.” he added.

However, Gates praised the work of the Australian government and a handful of other nations during the COVID-19 pandemic.

He argued that large scale testing and strict quarantine police had helped to keep infections lower, even at the beginning of the pandemic when no vaccines were available.

And it’s not the first time Gates has spoken about the need for disaster preparedness, with the philanthropist releasing a book, How to Prevent the Next Pandemic, on the topic early last year.

He even suggested the governments hosting regular ‘germ games’, which would assess potential global responses.

The charitable organisation also works to tackle arrange of other issues, including climate change, which Gates also spoke on during his visit to Australia.

He also praised the work of tech start up, Rumin8, who have been creating dietary supplements which would reduce methane emissions from burping cows.

Methane is one of the most common greenhouse gases and it’s hoped that seaweed-based product will drastically reduce global emissions, with Gates provided $12 million of funding for the Australian firm.